Archie Roach – Tell Me Why 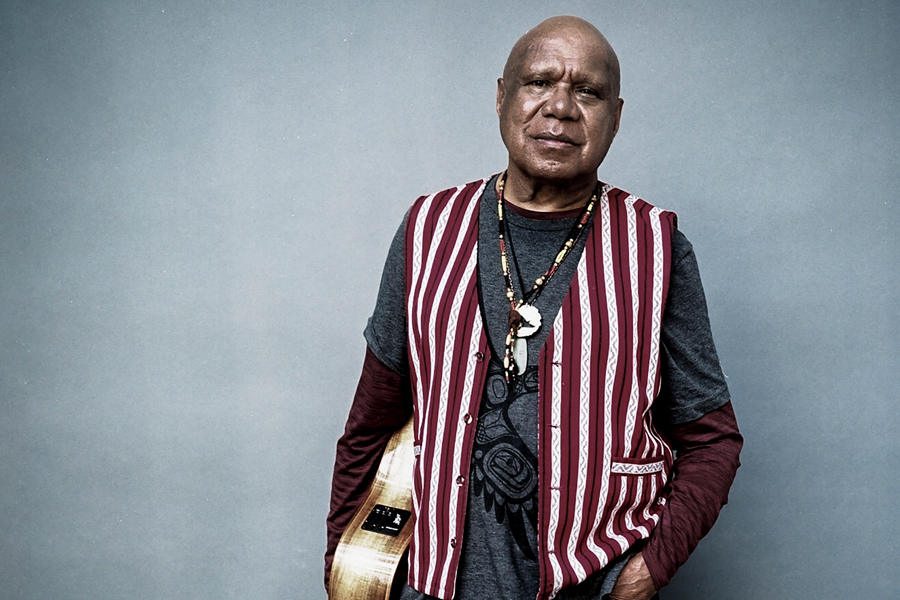 Roach voices joy, pain, and hope within these songs that he found on his journey to becoming the legendary singer, songwriter and storyteller that he is today

Presented by NORPA and Play On

A new work sharing stories and songs from Archie Roach’s award-winning memoir and companion album, Tell Me Why is an intimate, moving and often confronting account of his resilience, strength of spirit as well as a great love story. It’s an extraordinary odyssey of love, heartbreak, family, community, survival and renewal, showcasing the healing power of music.

Not many have lived as many lives as Archie, from stolen child, teenage alcoholic, seeker, lover, father, musical and lyrical genius, to social advocate and First Nations leader – but it took almost a lifetime to find who he really was.

He is Archie Roach.

In recent years, he faced the sudden death of his life partner and musical collaborator of 38 years, Ruby Hunter. He then went on to survive a debilitating stroke and lung cancer.

Forcibly removed from his loving parents, six siblings and community at the age of two, Roach’s early years were equally traumatic.

Tell Me Why, also the title of the companion album Bloodlines, considers Roach’s 18 song ‘magnum opus’, re-imagining 11 songs which have defined his extraordinary career. This includes two songs that were previously written but never recorded, two songs of early influence as well as three brand new recordings.

Roach voices joy, pain, and hope within these songs that he found on his journey to becoming the legendary singer, songwriter and storyteller that he is today; beloved and respected by fans worldwide.

Some songwriters wrap themselves in cloaks, whether of enigma or inanity, and some bare their souls. Then there’s Archie Roach.
— The Sydney Morning Herald

The good times start long before the curtain is raised. You can eat, drink and make it a proper night out with live music in the courtyard before every show and the NORPA Bar and Diner open for dinner and drinks from 5:30pm.

Pre-order your dinner when purchasing your tickets, or if you have your tickets already, add dinner to your booking here.