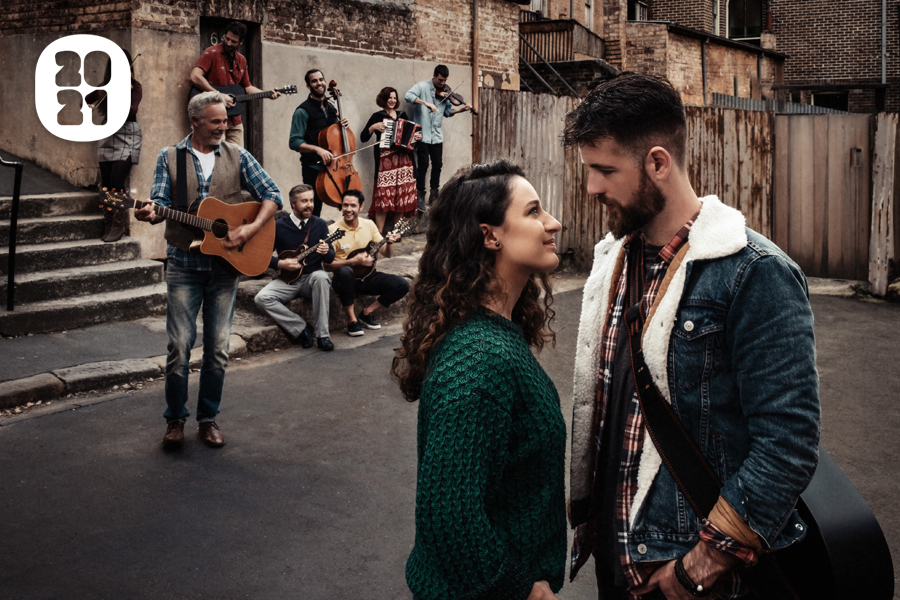 It is with heavy hearts we let you know Once has been cancelled. This is due to the current regulations restricting movement and capacities, uncertainty around state borders and our commitment to maintaining the safety and wellbeing of our community.

Please contact Box Office via [email protected] to request an exchange to a gift voucher, donate your tickets or request a refund.

Once is a tender love story of a struggling Irish musician on the verge of giving up and a piano-playing Czech immigrant who reminds him how to dream.

Featuring an outstanding ensemble of performers playing instrumentals live on stage. Once is a modern-day musical that reminds us of the power of music to connect us all.

With songs from the critically-acclaimed film, including the Oscar-winning song Falling Slowly, this spell-binding score will have you holding your breath from beginning to end.

“When the violins begin to play – and the accordion and the mandolin and the guitars and the cello – the instruments swell into a collection of distinctive voices melded into a single, universal feeling… Once massages that feeling until it hurts quite exquisitely.”
– The New York Times

★★★★★
“Original and unforgettable, Once draws you in from the very first note, grabs you by the heart strings and never lets go”.
– New York Daily News

Once can be included as a special add-on to your Subscription package. (Subscriber discounts don’t apply).

To subscribe, buy tickets for three or more performances and save 20%. Read more about Subscription Packages.

Please note there is a $5.50 booking fee per transaction (not per ticket) for all ticket purchases.