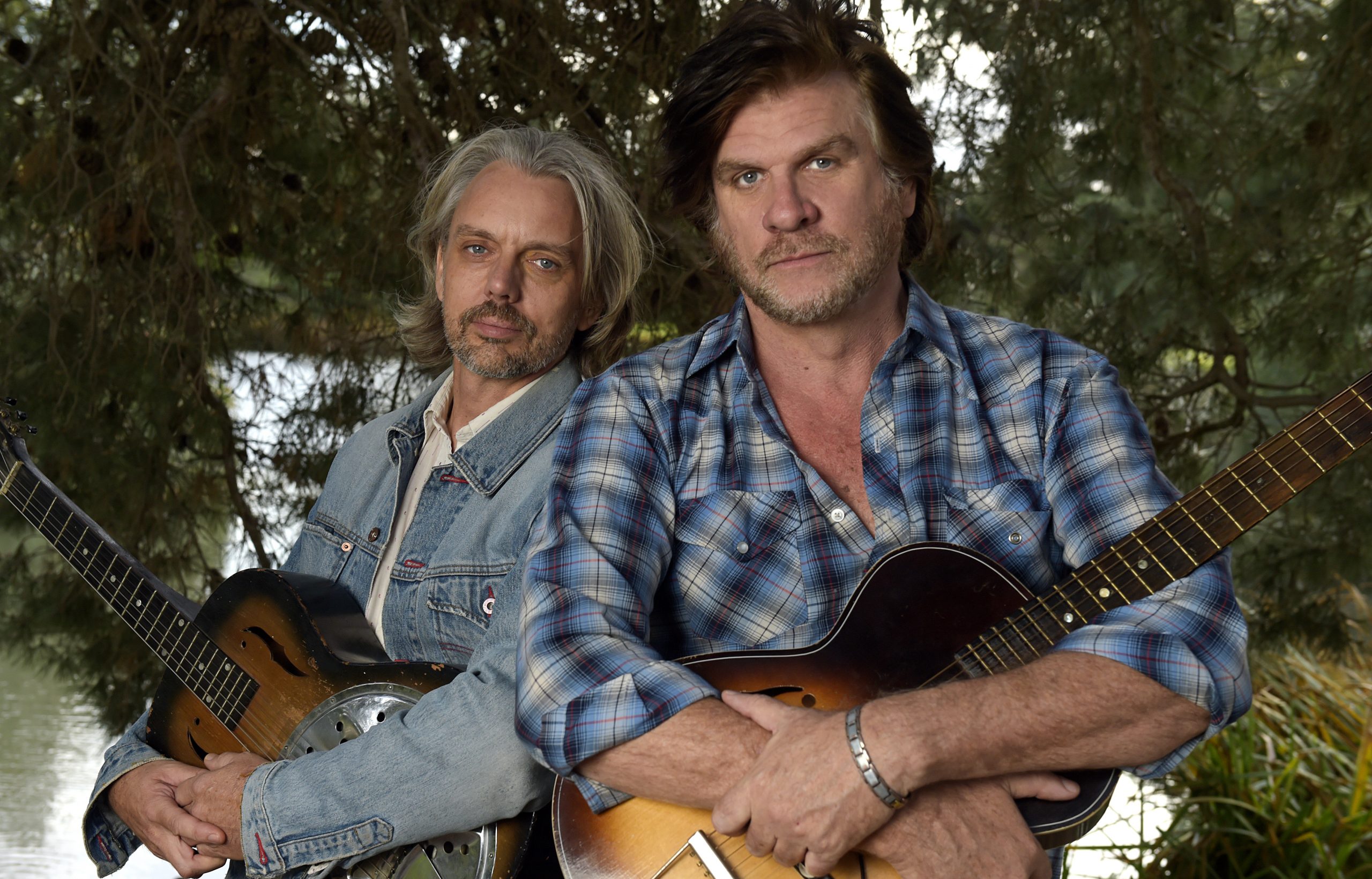 It is understandably difficult to pull together a coherent picture of Tex Perkins – a man whose career has included everything from the lilting, dark country of the Dark Horses, the hard-edged and snarling pub rock of the Beasts Of Bourbon, through to the evocative soundscapes of the Cruel Sea and beyond… Perkins world-weary growl is an entirely original yet archetypically Australian sound.

Now Tex is reuniting with his friend Matt Walker for duo shows. Matt Walker is an Aria award winning blues musician who has toured with the likes of Bob Dylan and Patti Smith. His work as a songwriter, producer, session guitarist and composer is credited on dozens of albums, films and documentary scores, and among his peers he enjoys the status of a true cult legend.

Tex and Matt have been set apart by border closures, but the good news is they are on the road again. Their powerful live show features songs spanning Tex’s vast catalogue, as well as brand new material they have written together for their Fat Rubber band album.

Tex Perkins and Matt Walker put the wheels in motion on the first Fat Rubber Band album after finding common cause listening to the great American rock and roll guitarist Link Wray. Inspired by the ‘fire and brimstone’ of Wray’s country funk sound, Perkins and Walker began sculpting swampy blues laced with ample amounts of distortion in Walker’s studio in the Dandenong Ranges.

Even after all these decades, when you think you know that gravelly baritone inside out, Perkins finds new emotional tones in the service of the Fat Rubber Band’s songs vivid narratives, with their characters wrestling, but sometimes dancing, with the tougher, darker qualities of the human condition.

“Tex has the swagger, presence and indomitable attitude that comes from years of fronting some of Australia’s most intense and spirited rock’n’roll bands. His take-no-prisoners approach to performance comes with the sensibility of an artist committed to the subtle (and often unsubtle) nuances of his craft. Throw in an astonishing voice full of power and depth, mix it with a dry and sardonic sense of humour and what emerges is the reason there is only one Tex Perkins.” – Stuart Coupe.

We’re helping to stop the spread of COVID-19 by operating in line with advice from NSW Health. Proof of vaccination may be required. Please check the NSW Health website for the most up to date information.

The good times start long before the curtain is raised. You can eat, drink and make it a proper might out with live music in the courtyard before every show and the NORPA Bar and Diner open for dinner and drinks from 5:30pm.

Pre-order your dinner when purchasing your tickets, or if you have your tickets already add dinner to your booking here.