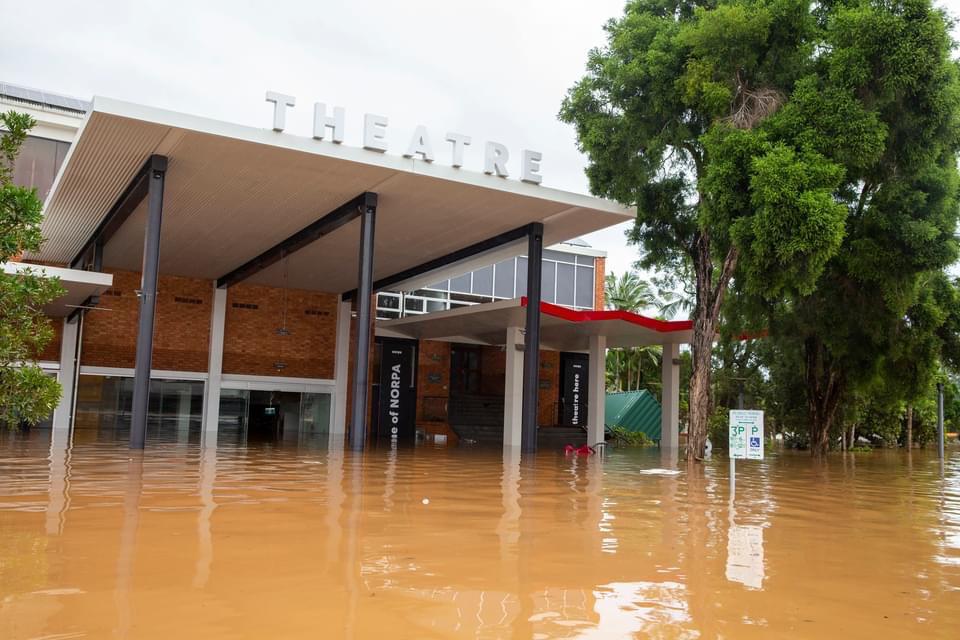 We’re heartbroken for our community and region. We send all our love to the people and families affected across the Northern Rivers. All our staff and volunteers are ok, but many have lost their homes.

Sadly the level of destruction at NORPA’s home, the Lismore City Hall, is extensive and covers the ground floor, including the NORPA offices, the Studio, kitchen, loading dock and green rooms and into second floor and main theatre. We managed to salvage some of our equipment, sadly a lot of equipment and furniture were lost.

NORPA has spent almost 30 years developing Lismore City Hall to be our region’s major performing arts centre and cultural hub for our community, we’re devastated to say goodbye to another season of incredible theatre and performances.

We’re unsure how long it will take to repair and rebuild, but we know it’s going to take time and investment.

If you’d like to help, you can make a donation to the NORPA Flood Relief campaign via the link below: