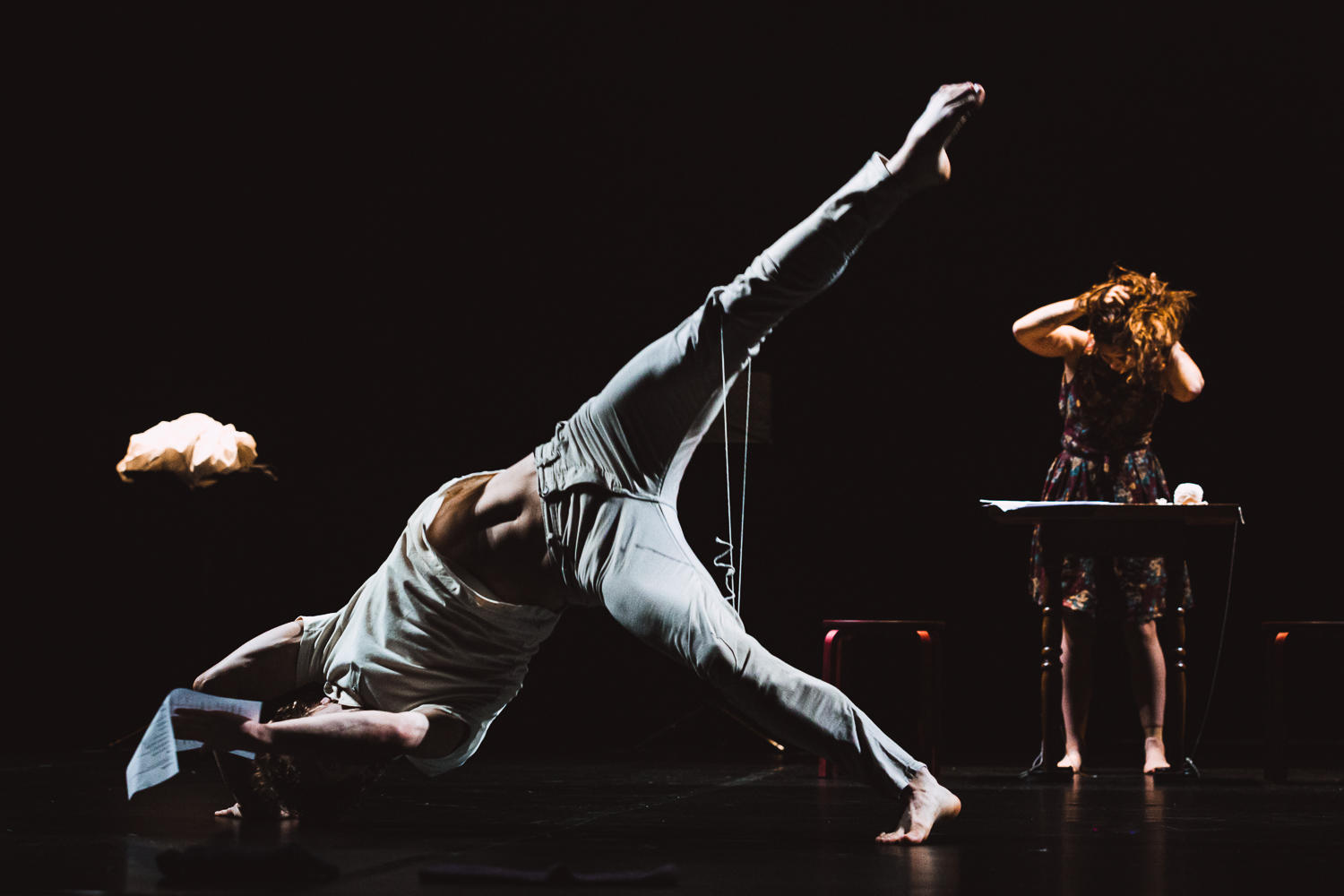 “Fold is a work of exceptional intimacy, in which the attraction and connection between Lizotte and West is charmingly palpable.”

“Strong, incredibly flexible and at times, virtuosic, barely does Lizotte and West justice. Never before have I seen such an explosive display of raw talent, yet it was one that saw them both synchronise perfectly, not only with each other, but also with the abstract soundtrack.”
Prudence Clark, Blank Magazine

“From dancing with mops to wrestling with a fitted sheet, this new circus production is inventive, warm and quietly distinctive.”
Richard Watts, ArtsHub

“The audience were captivated; they laughed and they gasped. It was quite the show. The music and the lighting were just perfect; they underscored the show very beautifully, allowing plenty of space for the performance to shine. Artistry all round.”
Sophie Moeller, Lismore Echo

“Incredible!! Thank you so much NORPA for supporting artists to create such work. Beautiful is the only way to describe it.”
Audience Member

“Fold was an amazingly successful and a particularly endearing show. I found it exquisitely beautiful. I thought I would burst from received joy… Everything about it was polished – including the music, the lights. Awesome performances and production!”
Audience Member

Everyday scenes are made memorable and familiar gestures are transformed into acrobatics.

Clothes being folded as bodies and arms interweave in a complex sequence resulting in neatly stacked piles of washing. A cup of tea is acrobatically interrogated, shared and spilled.

Mopping the floor moves from domestic chore to intricate dance. A fitted bed-sheet enfolds the acrobats and transforms the scene, moving the audience from playful bedroom, to bedside care, to a funeral home.

Through this couple we experience life and death. Romance and loss. While the scenes reflect a lifetime, do these moments belong to now? Are they projections of what a lifetime together could look like?

This work was made with the seed funding support of Gravity & Other Myths, Circus Oz Fabrik Potsdam.