Love For One Night

“Love For One Night is theatrical magic on every level.”

Country pubs are gathering places made magic by night, where love begins, blooms and sometimes dies, often all in that night. We never know where, when, why, or who love will strike, filling hearts with joy and torment in equal measure.

Love for One Night is a circle dance of intersecting love stories told in the playful theatrical style of Railway Wonderland and Dreamland. A series of brief encounters mix dialogue, movement and song — with stunning lighting, visual projections, camera and a slick live band adding to the electric ambiance of an iconic live pub venue.

A funny, poignant and moving dive into love — from deep friendship to infatuation, family drama, romance and heartbreak, animal attraction and unbridled lust.

“As a work, Love for One Night is a salve. Like those Love for Lismore hearts, it beats for its people. Watching it from a crowd of local community members, all of them learning forward in their seats – is a gift.”
The Guardian

“What joy. Pure joy. As the last song played us into the night, the audience knew they had found pure gold.”
Australian Stage

“Love for One Night talks to our community, it comments on our experiences as a collective and the universal theme of love in its myriad expressions.”
Byron Echo

“Seriously the most fun I’ve had at a play ever. Laugh out loud again and again. Such a clever use of the pub!”
Audience member

“I absolutely LOVED it! Classic NORPA magic plus some! The production was incredible, the projections, the live videographer, the sound, all sooooo good!”
Audience member

Read our Love For One Night program from the Premiere Season.

Love For One Night was devised through a collaborative creative process. 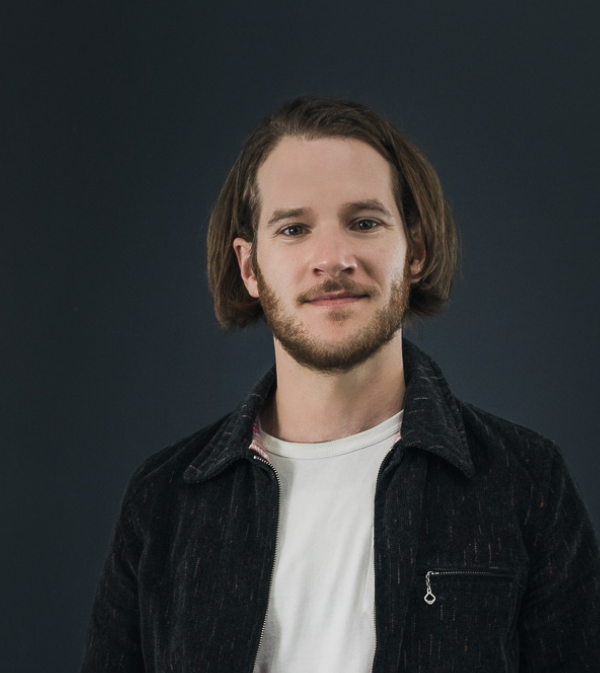 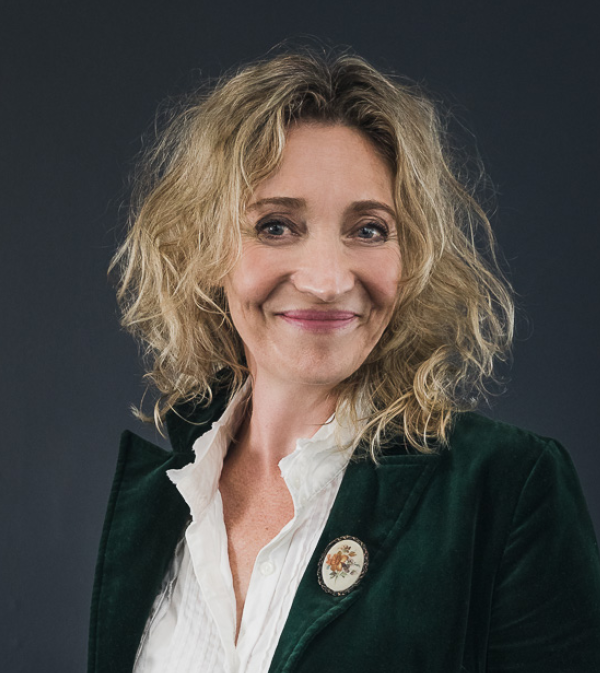 Claire is a multi-disciplinary artist who works across visual arts and performance. She holds a Bachelor of Art Education from UNSW COFA, and for many years has worked as a studio potter. Acting highlights for stage include SHIT by Patricia Cornelius, EDEN for Stan Originals and Deadlock for ABC TV. She released her debut EP of original songs, Eternal Return in 2020. 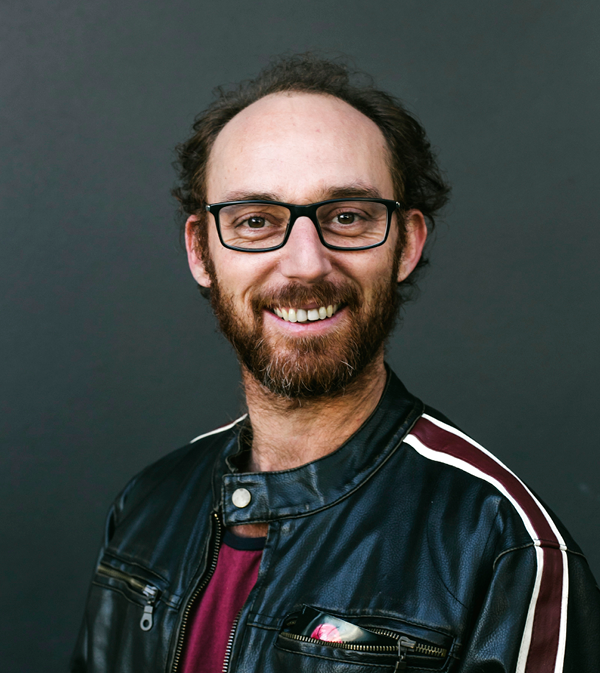 Phil is a 2003 BA graduate from the West Australian Academy of Performing Arts, returning to the Northern Rivers in 2007 where he further developed his career as a teacher, facilitator and choreographer. He has featured in multiple NORPA shows as a performer, actor and deviser, including Railway Wonderland, Beautiful Bones and Dreamland. He has facilitated workshops for NORPA, LJ Projects, Campbelltown Arts Centre, Sprung!, Dance Integrated Australia, REDInc and RealArtWorks. Phil works as a solo artist and also as Creative and Performing Arts Coordinator for local disability service REDInc. 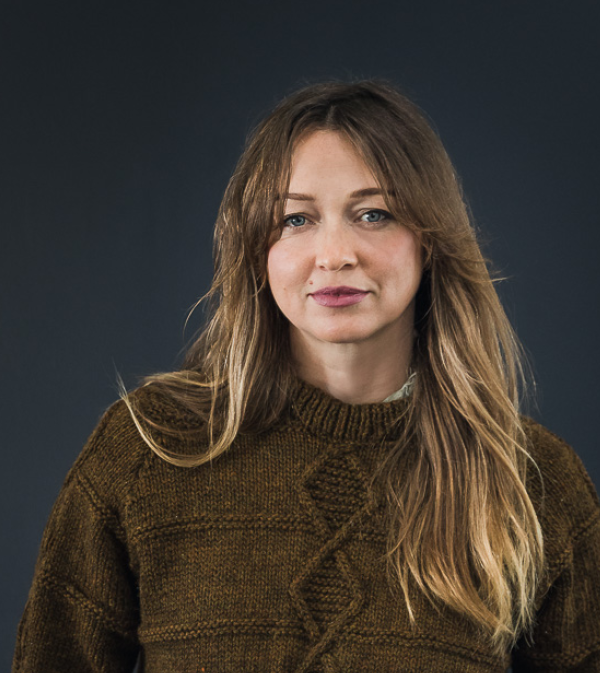 Zoë graduated with a Bachelor of Fine Arts from NIDA in 2003 and has worked on and off for two decades in film, television and theatre in Australia and America. Some of her film credits include, Son of the Mask (Warner Bros, New Line), Gone (Working Title, Universal Pictures), Cactus (Open Space Films), Primal (Josh Reed) and two documentary films, That Sugar Film (Madman Entertainment) and 2040 (Good Thing Productions/Madman). As a writer she has contributed to two books; That Sugar Book (Pan MacMillan), Women Of Letters (Penguin) and co-authored one, That Sugar Guide (Pan Macmillan). 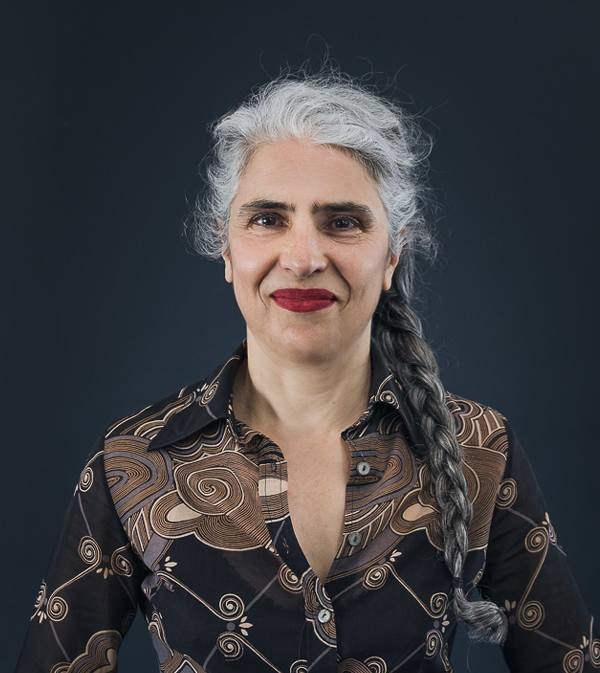 Katia studied theatre and movement at the School of Creative Arts, University of Wollongong. Since then she has worked as a freelance performer with many companies including Entr’Acte, Stalker, Marrugekku, Theatre Kantanka, The Opera Project and Ensemble Offspring. Previously for NORPA she has performed in Wildskin, Dreamland, and Railway Wonderland. Katia has toured nationally and internationally. 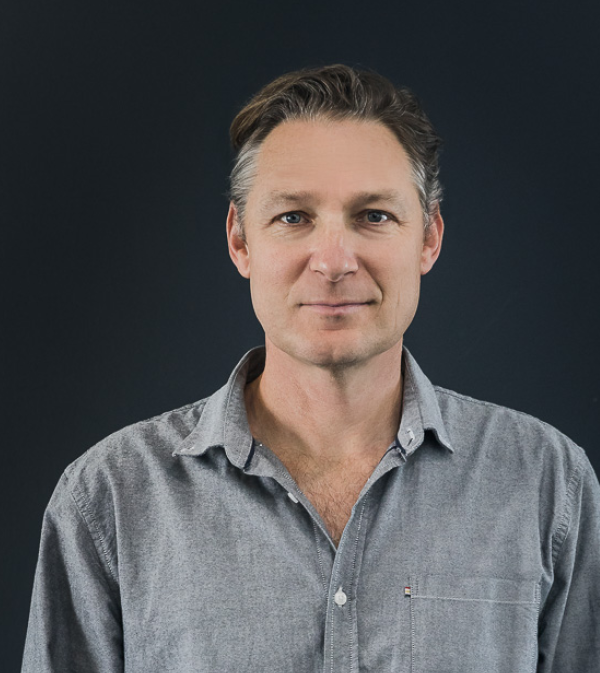 Julian is a theatre maker and Artistic Director of NORPA (Northern Rivers Performing Arts). For NORPA he conceived and directed Railway Wonderland, Dreamland, Wildskin along with The Bloody Bride, Engine and Not Like Beckett. Other NORPA projects Julian has instigated include Djurra, My Radio Heart (with Urban Theatre Projects), Open House and The Home Project. He also co-directed Cockfight, in partnership with The Farm, which toured nationally and internationally.

Janis is a freelance writer, director and dramaturg. Major plays include Too Young for Ghosts , No Going Back, and My Father’s Father which premiered at Melbourne Theatre Company. He is a long time collaborator with NORPA working on The Mercenary, Mr. Barbecue, The Flood, Electric Lenin, Railway Wonderland and Dreamland. Other plays include Wet and Dry and Engine.
He was Associate Director for Melbourne Theatre Company directing 11 productions, Artistic Associate for Queensland Theatre, and a member of Literature and Theatre Boards of the Australia Council. 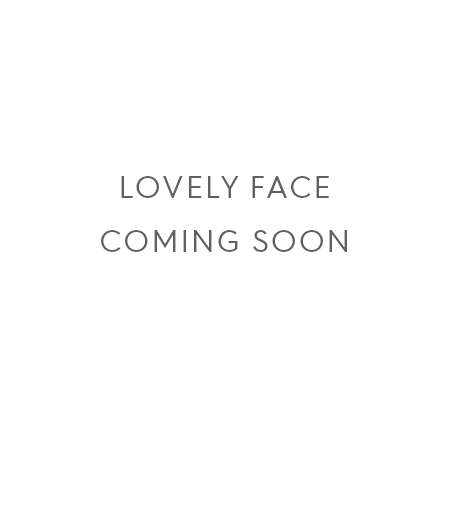 Mic is a Helpmann Award winning pioneer of video design for theatre, and has produced work over more than 30 years for theatre, opera and dance companies around Australia, in London’s West End, across Europe and Asia. He currently teaches Video Design and Production at NIDA, and recent video designs include Alphabetical Sydney for Critical Stages at Riverside Parramatta, The Crowd and I for Australian Chamber Orchestra, Bunngul, the Gurrumul Orchestral concert for Darwin Festival and Sunshine Supergirl, the Evonne Goolagong story. 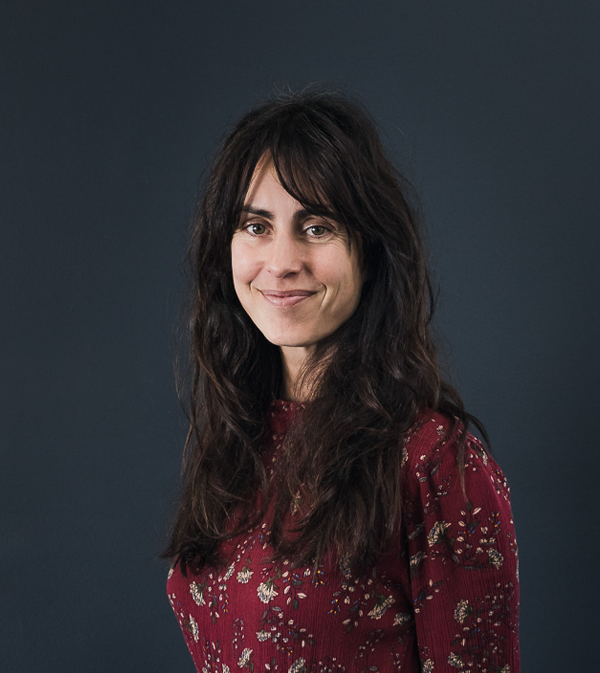 Poppy is a film director and producer. Her work explores creativity and wonder, and has screened a festivals including Hot Docs, Big Sky and Oberhausen, and broadcast in Australia and internationally. 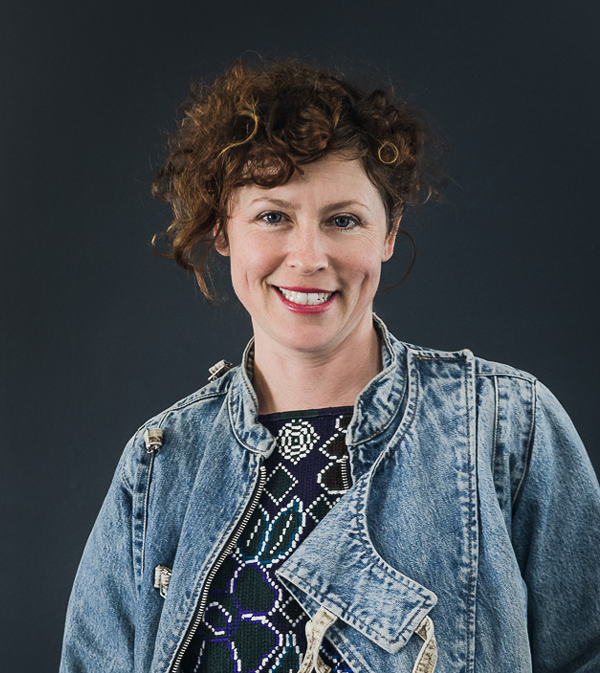 Charlotte lives regionally in Northern NSW on Bundjalung Country. She is an experimental interdisciplinary artist committed to seeking new depths of site-specific response and creative collaboration. She works across the senses responding to unique landscapes, communities and ecologies. She works across: film, theatre, sound, textiles, sculpture, installation, experimental architecture, linguistics and food. She has worked cross-culturally; interdisciplinary and collaboratively in remote Australia, Vanuatu, Thailand, Peru, India and Mexico. She has exhibited nationally and internationally and is collected by the Museum of Applied Arts + Sciences, the National Film and Sound Archive and ARTBANK. 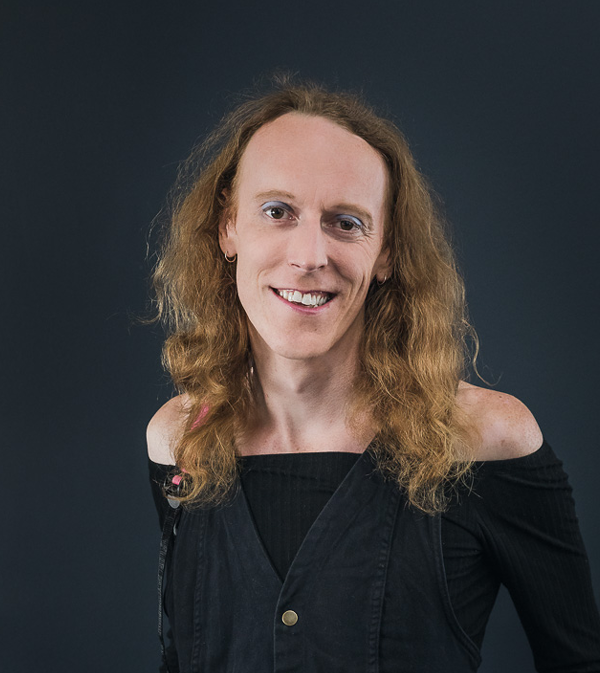 Alex is a multi-disciplinary queer artist. They attained a Bachelor of Creative Arts: Performance from the University of Wollongong and have spent the last 12 years working as a production manager, lighting designer, sound engineer, AV technician, and installation artist. Their work seeks interactivity and playfulness as a tool to provoke critical thought. They are best described by long-time collaborator Betty Grumble: hunk, punk, skater, maker, tech sensation. 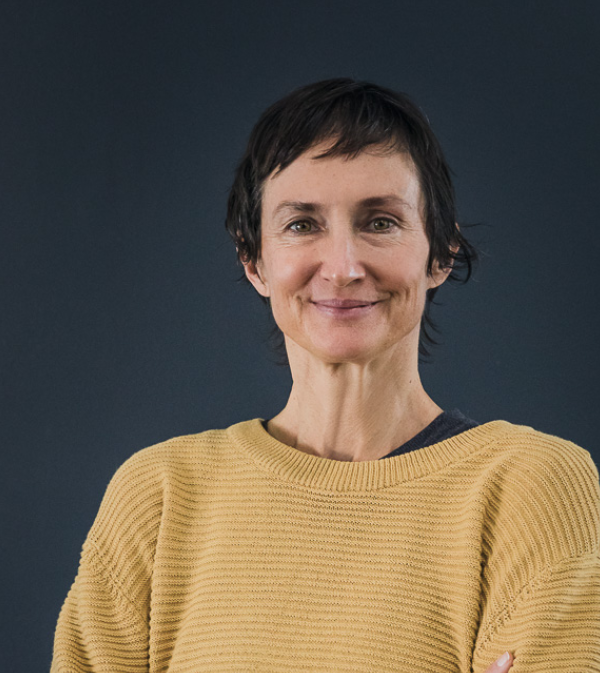 Kimberley is an independent dance maker, teacher and performer living in regional NSW on Bundjalung Country. Curious Body is her practice and her regular offering to the moving community. As a maker she collaborates with other independents producing dance for stage as well as site specific projects and has recently turned her experience towards the rewarding role of movement consultant and choreographer, working with Sprung Integrated Dance and NORPA. 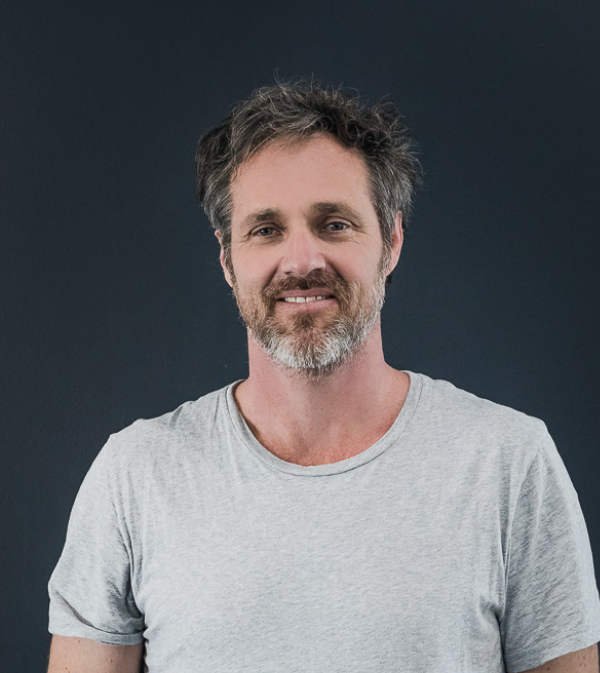 Jamie is an accomplished multi-instrumentalist who has been residing in the Northern Rivers for more than 20 years. As well as touring both locally and overseas, he has composed music for film, television and theatre. He previously worked on NORPA’s Home Project (2013) and Dreamland (2017 and 2019). 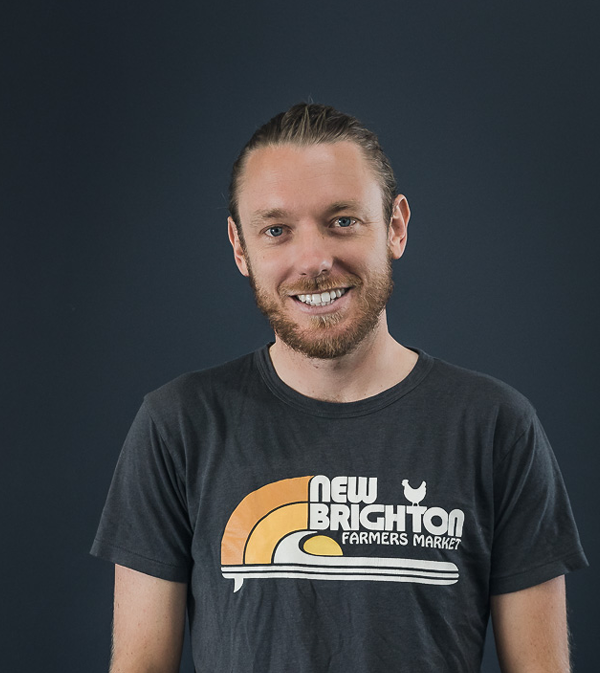 Originating from Launceston Tasmania, Luke settled into the Northern Rivers region in 2014 and has been a prominent musician in the Byron Bay area since. Picking up the guitar at age 14, he then carved his path as a singer songwriter/guitarist into adulthood, releasing his own music and sometimes playing alongside other artists. Always curious for new challenges and experiences Love For One Night was Luke’s first time performing in a theatre production. 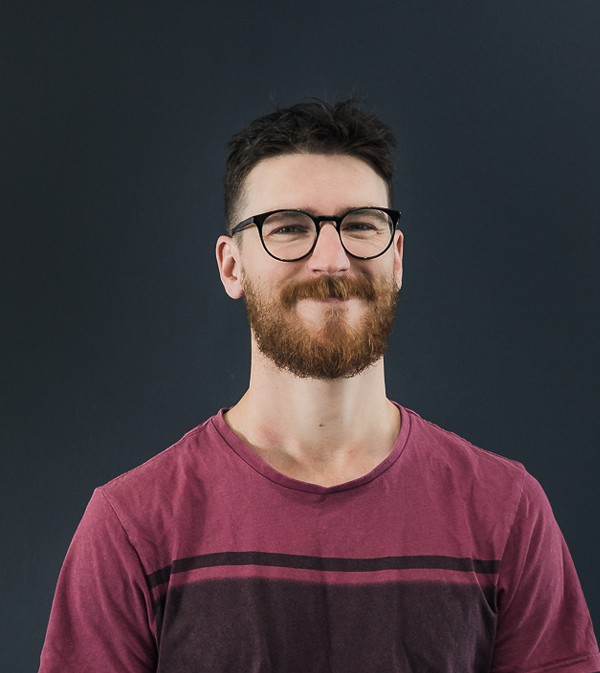 Born in Lismore and brought up in Lennox Head, in a gospel church music family, Ben has toured nationally and internationally with various artists and on cruise ships for the past 15 years. Whilst still maintaining a busy life and recording schedule, Ben has settled back in Lismore with his wife and son, and is passionate about fostering and maintaining the world class standard of the region’s music scene and its artists. 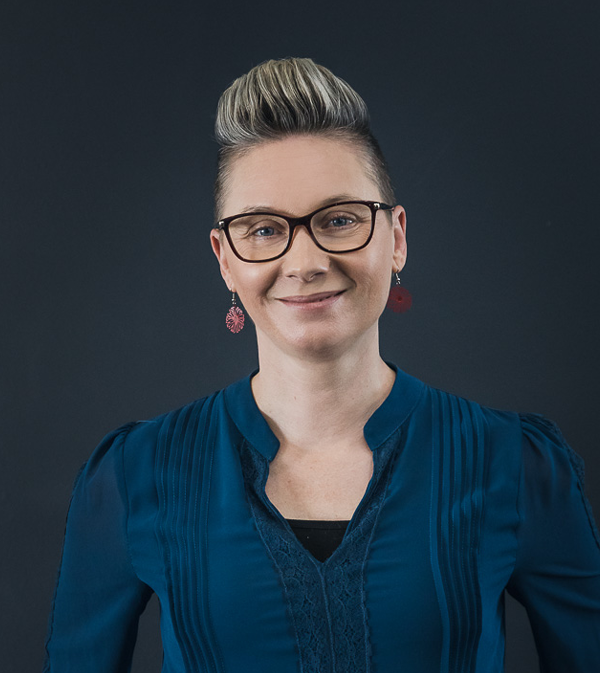 Kylie is a director and performer, working predominantly in community theatre in the Northern Rivers. She completed an Arts degree in Theatre Studies and a Graduate Diploma in Drama at UNE in 1998. Kylie is has been a committee member of Lismore Theatre Company for 15 years and was Artistic Director in 1019/2020, directing plays such as Cosi, Wait Until Dark and The Removalists. She has run performance workshops and performed in local theatre productions, most recently in Bangalow Theatre Company’s Rent in 2021.

Adrienne has a passion for all things performance, in particular movement, musical theatre, social arts and applied theatre. She co-founded the Bangalow Theatre Company and worked extensively with Public Act Theatre in an administrative capacity as well as in production and performance. She is the founding member of Umbrella Theatrical Productions. 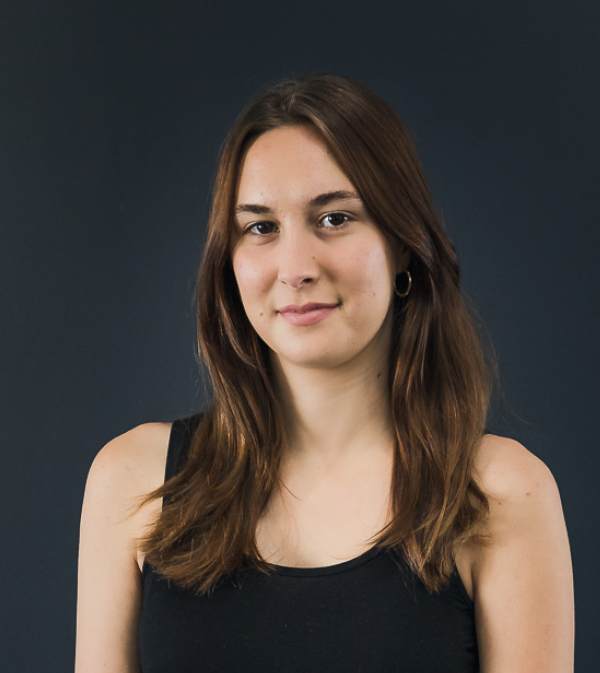 Ava is an Aboriginal woman from Lismore. She has a passion for acting, theatre and writing. Ava has been involved in many NORPA workshops and previously performed in NORPA’s Journey to an Unnamed World in 2016.

This project was supported by the Australian Government’s Regional Arts Fund, which supports the arts in regional and remote Australia.