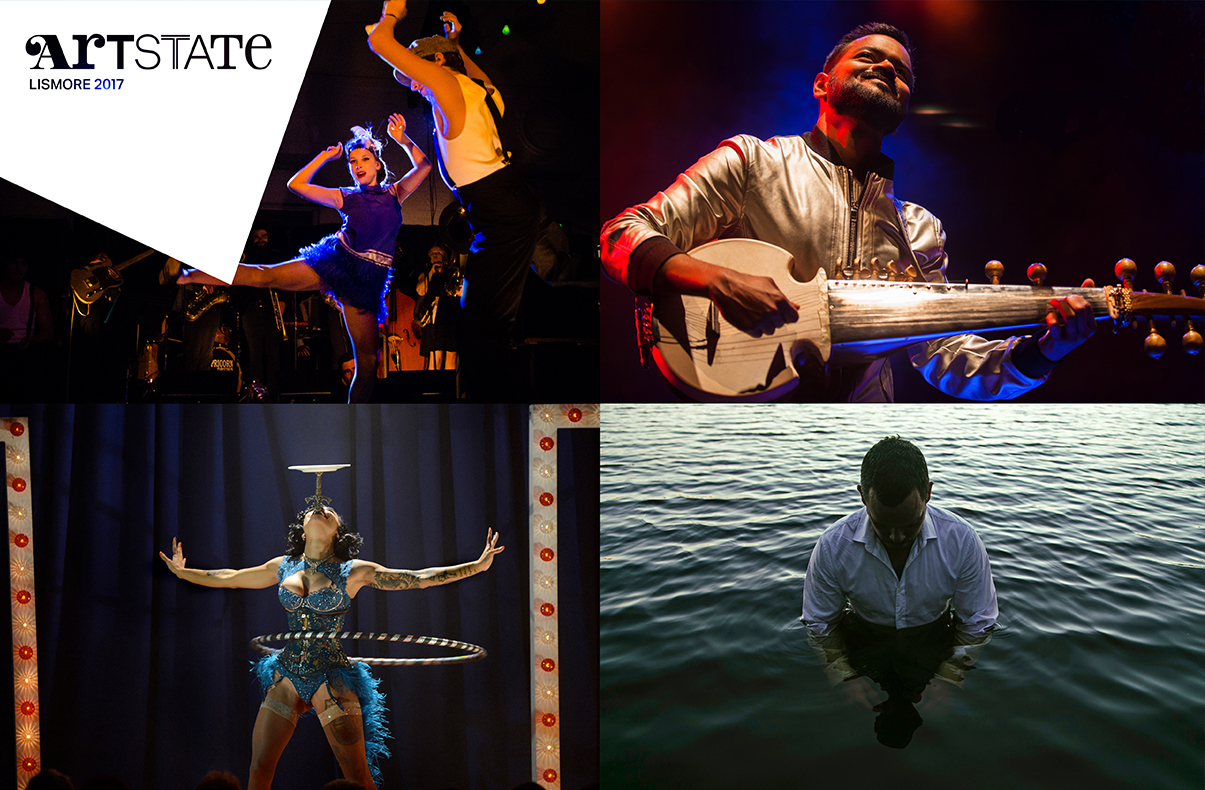 Join the conversation and celebrate the arts in regional NSW.

Just us for the premiere of our new work, Djurra, coinciding with ArtState 2017.

A pinhole of light emerges from the darkness. A mother calls her broken son home on the waves. Something is coming. The spirits lament. We speak our eulogies and bite our tongues against the insatiable rage.
We are still here. We remember those whose shoulders we have stood upon.
Regeneration begins; held in the mouth of our stories.

Djurra is NORPA’s new dance theatre work inspired by a Bundjalung creation story. Woven from the story veins of a timeless culture, and contemporary experience, Djurra is told through a series of interwoven vignettes. Using strong physicality, powerful First Nation monologues and striking imagery, Djurra is an unforgettable experience that will resonate with audiences long after they leave the theatre.
Wednesday 29 November—Saturday 2 December
Read more about Djurra.
Purchase tickets.

Performance – State of Play
NORPA’s Studio is interested in creating performance that mixes form, is brave and playful, and at times absurd. Get the first taste of two new works being created in the Studio by two of NORPA’s Associate Artists. A blistering match up about the mundane, both works prove what fertile ground the Northern Rivers is for emerging and established artists. Each work will be followed by a Q&A with the creative team, hosted by NORPA’S Artistic Director Julian Louis.

2 (Duet, Pair, Couplet, Fellow, Couple, Dual, Dyad, Twain, Distich, Twosome, Brace, Duad, Span, Yoke, Mate)
Saturday 2 December, 4.30pm – 5.15pm
A new physical theatre work that explores dualism, co-dependence and intimacy. Our relationships to others stress and service our needs as humans. This work will look at how simple relationships get complex over time between two people. Whether in harmony or binary opposition our closest relationships surprise, delight and confound us.Join us for a voyeuristic romp into the inexhaustible allure of 2.
Director: Darcy Grant

All NORPA at Artstate events are at Lismore City Hall.