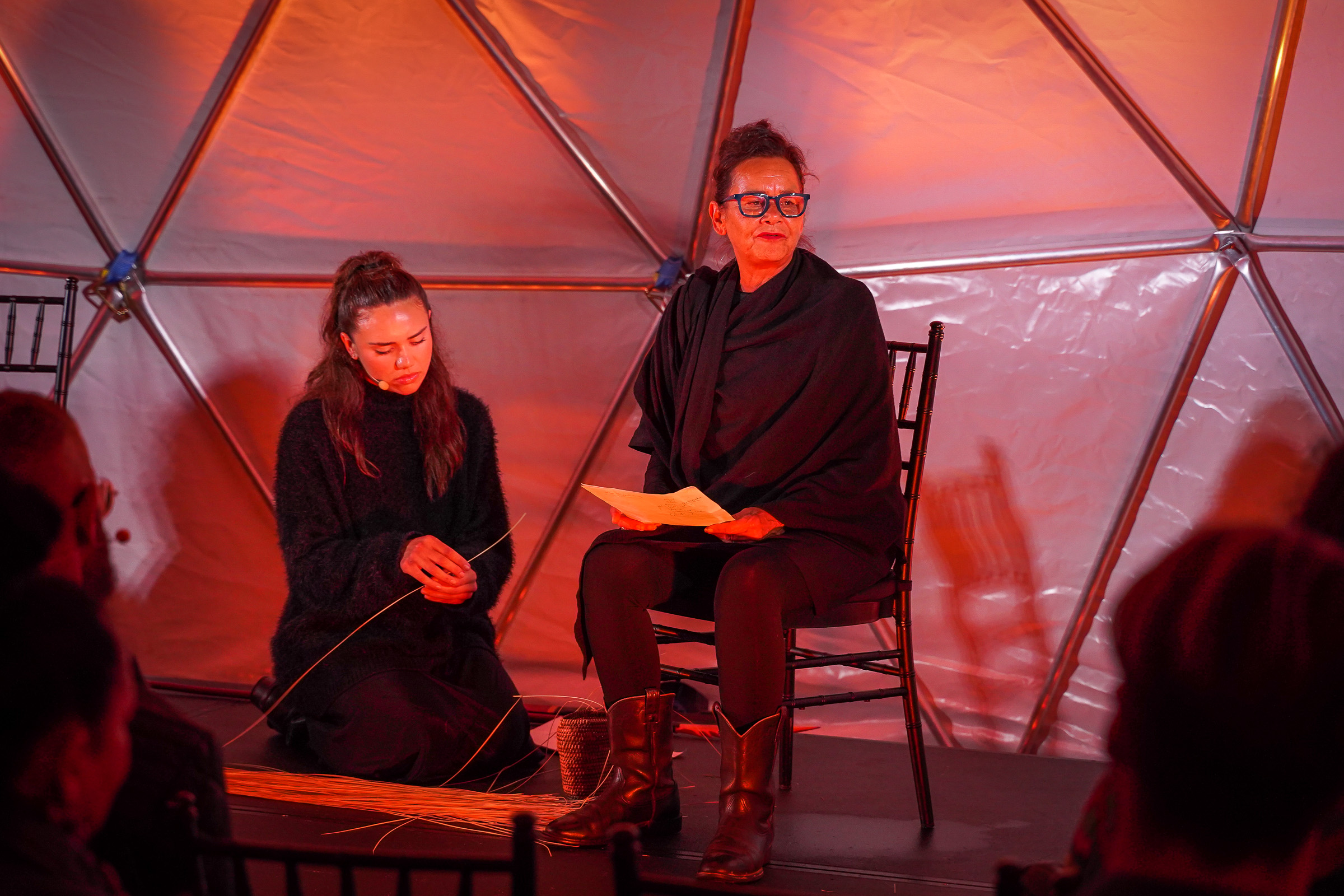 We are still here, with the same voice and language of our ancestors.

Bundjalung Nghari – Indigenise (meaning: story) is a Bundjalung-led development opportunity for Bundjalung artists and practitioners, to engage in storytelling and truth telling in new ways. In 2022, five Bundjalung writers, Steven Oliver, Melissa Lucashenko, Daniel Browning, Kylie Caldwell and Ella Noah Bancroft, explored the healing and resurgence of being back home on country. The development process culminated in a theatrical reading of the works by First Nations readers and performers, in partnership with Byron Writers Festival and BLEACH* Festival. 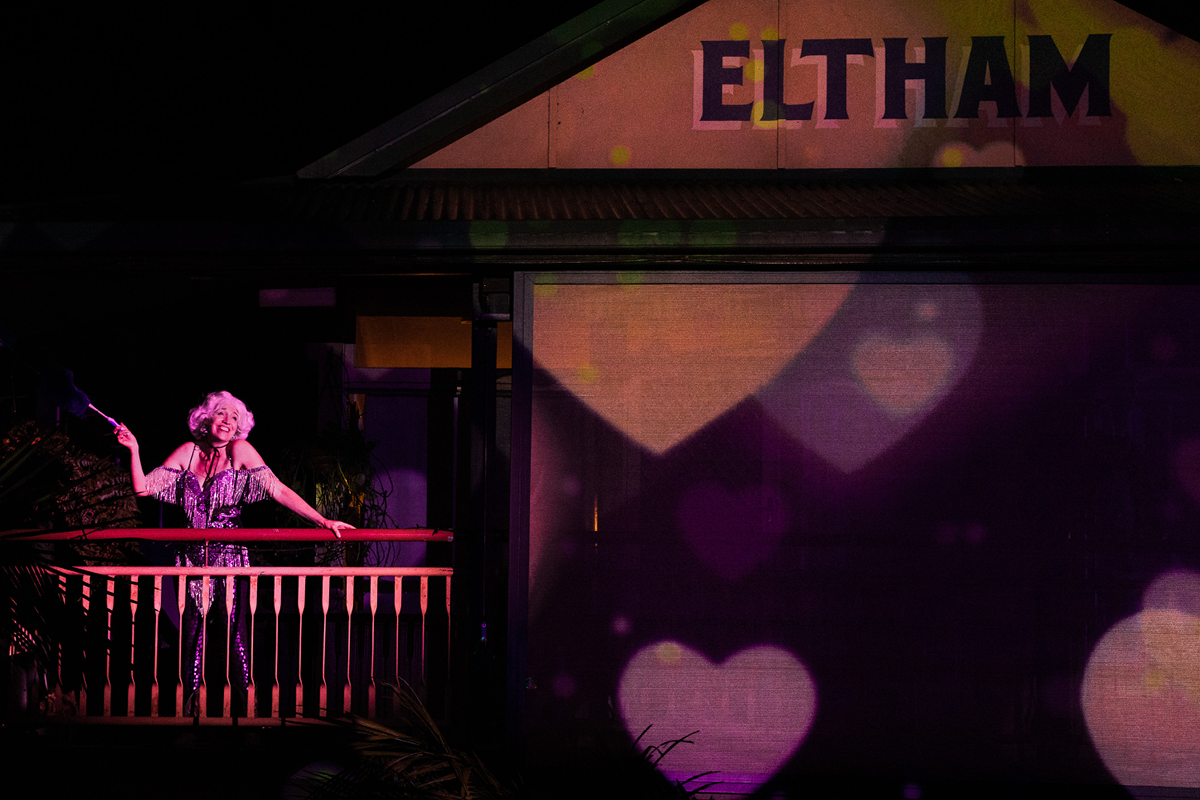 Love For One Night

Country pubs are gathering places made magic by night, where love begins, blooms and sometimes dies, often all in that night. We never know where, when, why, or who love will strike, filling hearts with joy and torment in equal measure.

Love for One Night is a circle dance of intersecting love stories told in the playful theatrical style of Railway Wonderland and Dreamland. A series of brief encounters mixed with dialogue, movement and song — with stunning lighting, visual projections, cameras and a slick live band adding to the electric ambiance of an iconic live pub venue.

Performed under the stars at the iconic Eltham Hotel for over 3000 people and an audience of 700 tuned in for the digital broadcast presented in partnership with the Australian Digital Concert Hall. 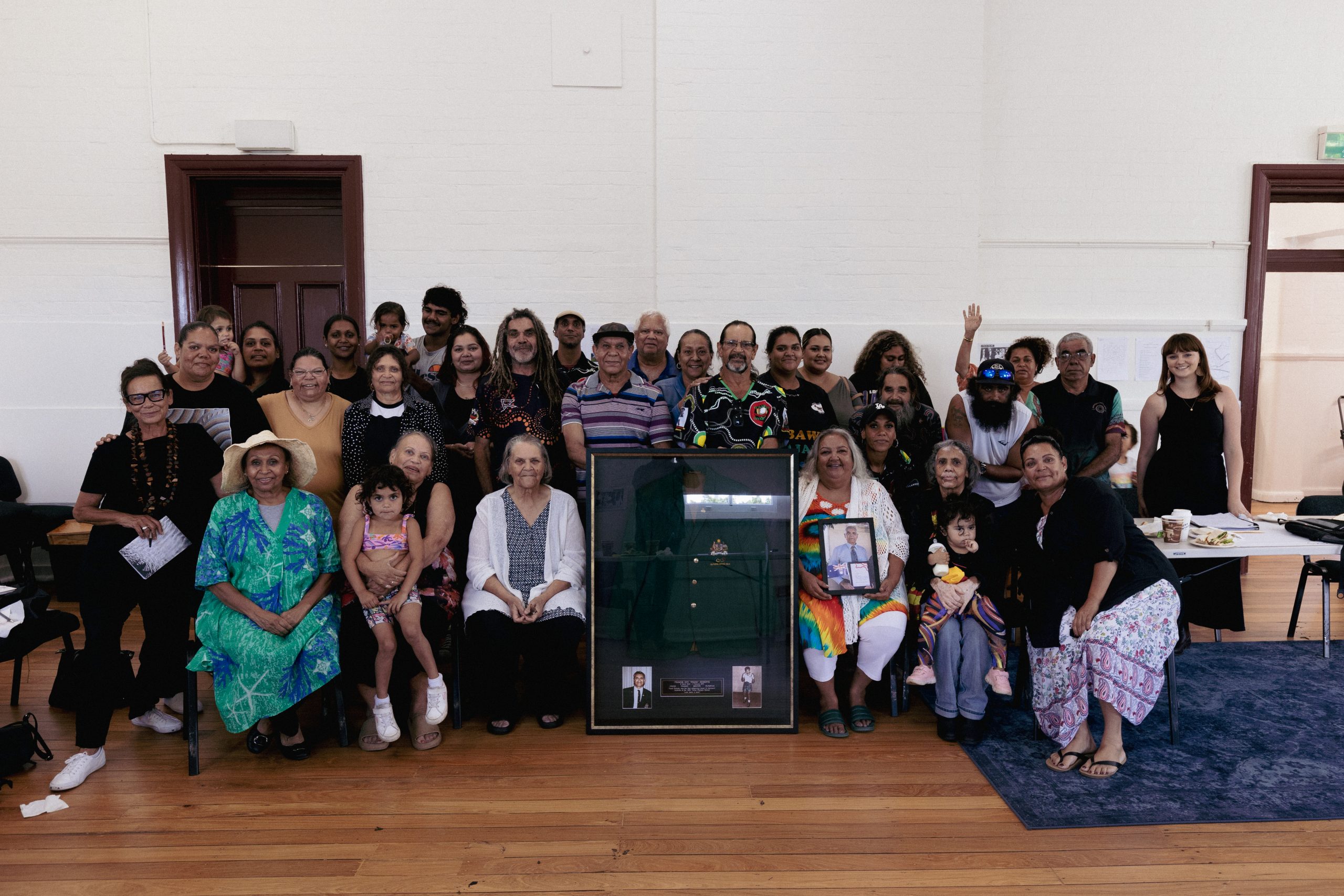 The Bundjalung Nation pride themselves on their sporting prowess. Sport changed the Bundjalung peoples’ financial freedom and provided new horizons to dream – through sport anything is possible.

The project began its creative process in late 2022, with a community gathering of Bundjalung families with connections to Cubawee. 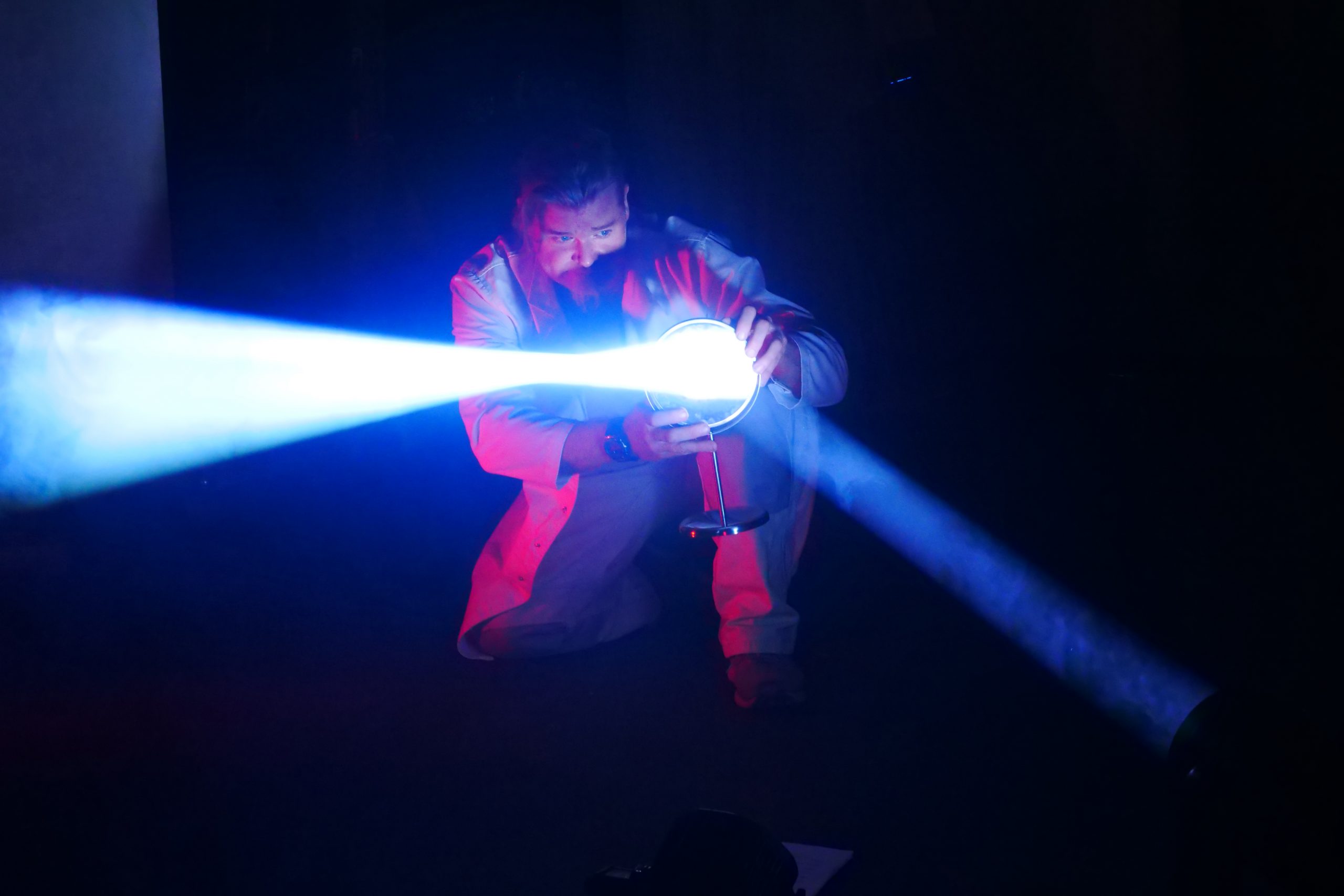 Laboratory of Light is an immersive performance of real time scientific inquiry from hypothesis to conclusion. It’s a visually stunning and captivating experience full of humour and adventure that will invite students to explore key pillars of the Stage 3 Science & Technology syllabus in a fun and creative way.

Laboratory of Light is being developed through an innovative partnership with the Catholic Schools Office – Lismore Diocese. 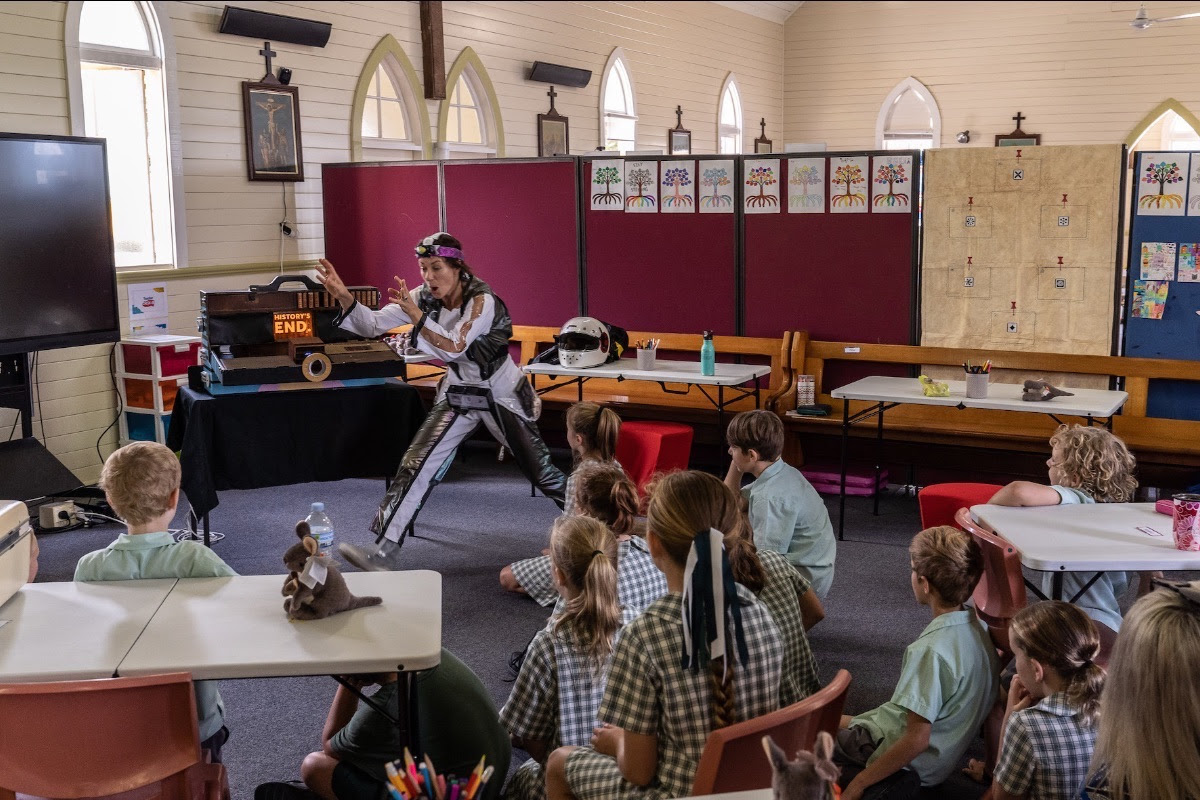 The Underlibrary of Unofficial Histories

Part immersive theatre, part game and part interactive research project, The UnderLibrary of UnOfficial Histories entices the young audience into a rescue mission, providing a theatrical lens and ‘world’ through which teachers and students will engage in the Stage Two History syllabus.

In 2022, the Underlibrary toured across the region, including a very special post-flood performance for Woodburn Primary School who were set up in the Evans Head hall after their school was damaged in the floods.

The Underlibrary of Unofficial Histories was developed through an innovative partnership with the Catholic Schools Office – Lismore Diocese. 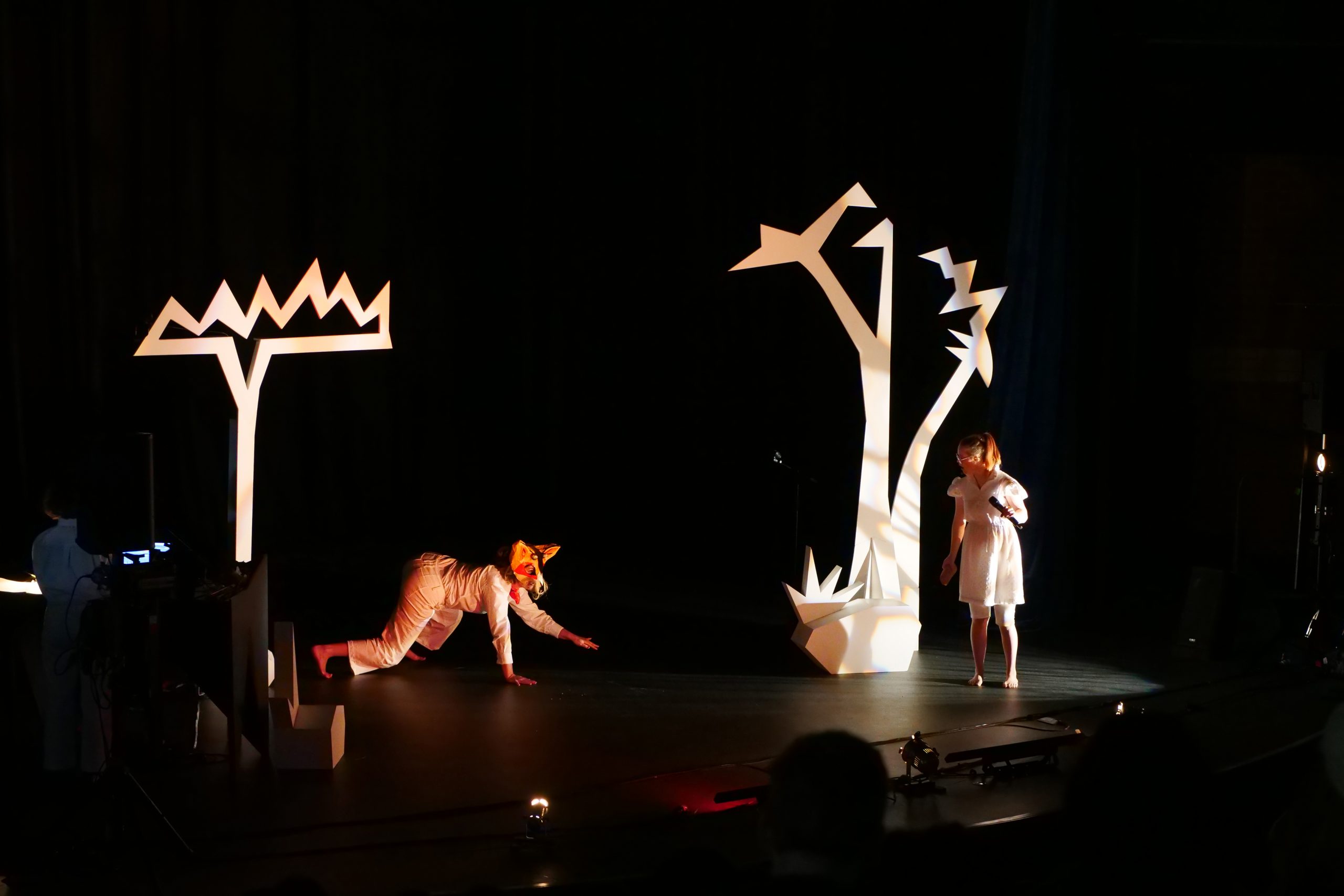 Into The Forest explores the forest and bush as a natural environment, as important cultural heritage and as a real and mythical place of both sanctuary and danger. The work draws on classic and contemporary literature in which the forest is a central player. Through pre-show classroom engagement and performance of Into The Forest engage teachers and students with the Stage 5 and 6 English and Drama syllabus.

Into The Forest toured across the region to schools and communities affected by floods and bushfires, including a season at Southern Cross University performing shows for high school students displaced by the floods.

This project is a brand-new collaboration between award-winning contemporary dancer, choreographer, and actor Waangenga Blanco, musician and composer Sue Simpson, and filmmaker Hamish McCormick all based here in the Northern Rivers on Bundjalung Country.

The project explores the connection to country through both an Indigenous and western lens, via creating and filming around the beaches, waterways and forests on Bundjalung country and then combining those filmed and recorded pieces with live dance, music, and theatre.

I Will Survive – Paul Walker

I Will Survive commenced with a series of eight creative workshops offered free to the flood-affected LGBTIQ+ community of the region, led by eight different local practicing artists, at the Rochdale Theatre from October – December 2022. The workshops focused on engaging participants in a range of artistic processes that allow them to share their flood stories in supported ways and use creativity and expression as tools for healing the personal and collective trauma caused by the recent flood event.

The outcomes produced from the workshops were distilled and developed by the Lead Artists before being brought together to form a presentation piece shared in December.

It’s a Wonderful Life Cycle (working title) is a contemporary Australian reimagining of the famous 1946 American Christmas film It’s a Wonderful Life. The new stage play is set in the Northern Rivers against the climate disaster of the recent millennia, specifically the fire and flood crisis felt over the previous decade. In a region that has experienced endless horror and unwavering community effort, the story examines our perception of resilience and follows a small family business and young couple who own and operate a local petrol station in the fictional town of Bait Heads (Lennox Head).

Understory, a brand new immersive and participatory theatre experience for young audiences set in nature. Understory is a provocative and intelligent contemporary story in which the child is a hero called to adventure. The audience will be active participants in the show, affecting the progress of the story through imaginative problem solving, courage and creativity.

The project has brought together the talents of 11 diverse artists and designers from the Northern Rivers. NORPA’s support has assisted the seeding and creative development of Understory.